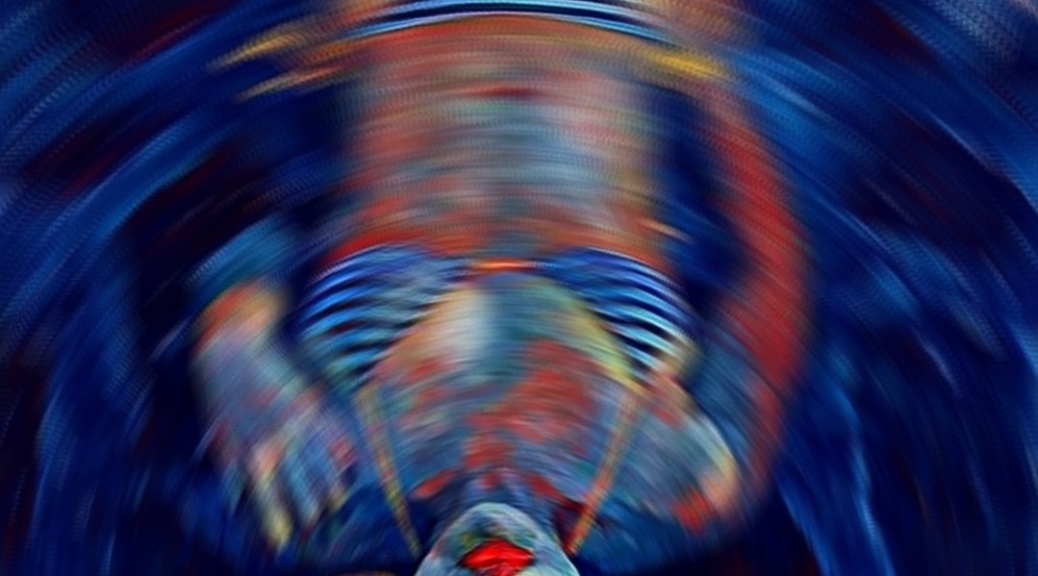 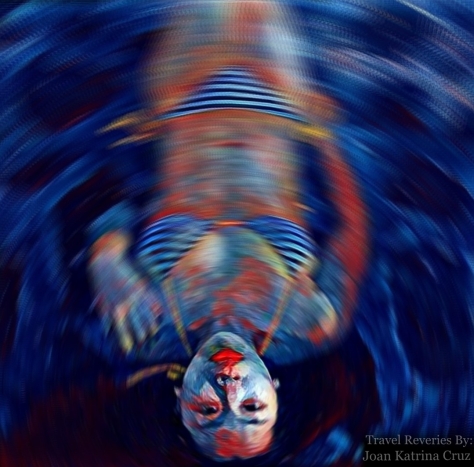 Horacio Cruz would be beaming with pride if he were here to see all of this. His daughter – once but a small – time overachieving girl in a third world public school, now an independent woman discovering the splendors of Europe. I bet even those rich, corpulent sponsors I had at Lions Club couldn’t have come up with this. Me and my friends are heading off to Cap d’Ail to complete our gallivanting across the French Riviera. The weather is perfect as expected, with the sun glimmering over cyan waters and the Riviera’s trademark coastline necklaced by stunning beaches. 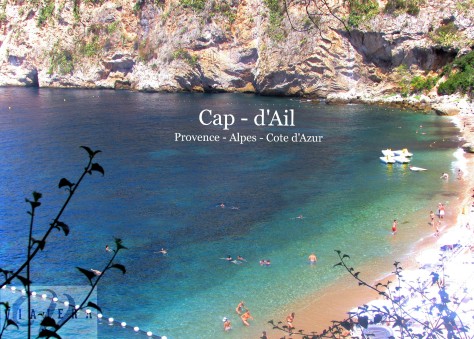 From Nice, Cap d’Ail is approximately a 30 minute journey if you aboard Bus 100. Its surrounding large glass windows provide a great yet brief view of the fantastic scenery. Like that binocular toy I had as a child, only every slide in the reel was nice and I didn’t have to aim it towards anything bright. I personally enjoyed the short ride while of course taking occasional pictures of cliffside ocean views whenever the bus stopped on a red light. The sun kept flooding over me on and off as we veered through ribbons of concrete – and it felt good beyond words. Needless to say, staying in Europe has given me a newfound love and appreciation for direct exposure to sunlight. This 25 degree weather is a warm welcome compared to London’s gloomy skies and cold drafts.

We arrived on schedule and the first thing I notice is the small roadside tourist office. This commune in South France is far from flashy but I could tell it was a great secret escape compared to the usual French Riviera destinations overrun by yapping tourists. Quiet and verdant with copious amounts of fresh air with hints of ocean – I needed this. I looked back at my high school friend Ricky who was just coming out from the tiny office as he waved for us to come along. I flashed a smile and half ran towards him. 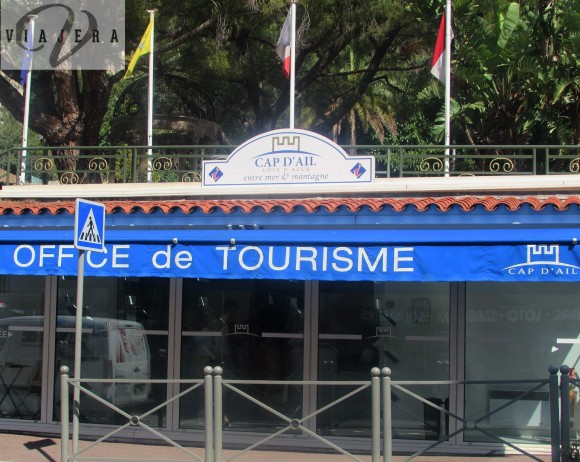 During my last visit here, I did not have the time to see Cap d’Ail. Last year, I merely thrived on sightseeing because arriving in February made it too cold for a dip. But not this time. August was perfect swimming weather and the sun loomed over all things with such fury I could almost imagine it making sizzling sounds.

It didn’t take long for me to figure out that the correct pronunciation was Kap Dai– quite easy on the tongue and rather fun to say out loud. The two known beaches in the area are both open to public: Marquet and Mala Plage; the latter unanimously known to locals as better than the former. However, our limited stay meant having only time for the best, so we headed straight for Mala Plage with a silent pledge to see Marquet Beach the following year.

But my thoughts of once again splaying under the sun was interrupted by a not so pleasant surprise: the beach access involved a descent of literally a hundred steps. It was not impossible for us but if you have heart failure you just might die halfway or on your way back up. But you know – silver linings. The place itself was nothing short of magnificent, as Mala Plage was tucked in a bay at the foot of rocky slopes. Every downwards turn led to a promising view which excited the traveler in me thirsty for some sand and sea. The leg pain was worth it. 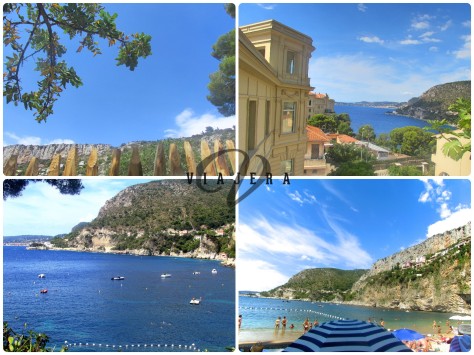 Armed with a white and pink striped beach towel and a lotion that promised ultimate sun protection, I embraced the ambiance and scouted for a square foot of sand nobody wanted. The sun was still baking everything it can reach and I felt its vengeance as I sat on the sand. The cool ocean breeze was a welcome relief and it was so soothing I had to close my eyes for a moment. When I did open them I noticed I was facing towards the rocky slopes that looked very much like the limestone formations in Palawan. Not as beautiful but just as good to the eyes. 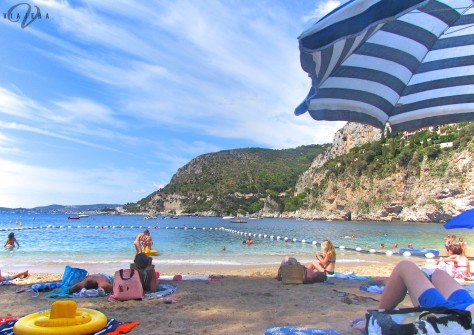 Ocean waves playfully crashed on the mountain side, making calm swishing sounds. Nearby, children were trying to make sand castles while some women were perfecting their tan by going topless. Freedom to all bosoms, budding and pendulous alike. It’s funny how the same thing considered a norm in this part of the world elicits condemnation where I come from. Everything is relative – even normal changes from place to place.

The water felt great as I went in for a few laps and the waves were gentle, rolling one after the other. I like how the water wraps around my head while I swim. For those brief moments, the outside world is out of earshot and it’s as if the water is lulling me away. At least for as long as I can hold my breath. 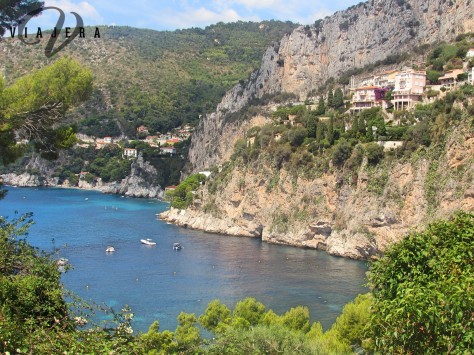 Floating over the waters of Cap d’Ail, I imagine my stress stir away with every stroke from my arms, wishing I could let go of my tragedies just as easily. The seawater was making trickling sounds against my ears and as I gaze upon the blue sky I was blessed with today, one thing was on my mind. If heaven is real I hope you are seeing this right now Pa, because at least I can find comfort in the fact that in a way, you are with me. Perfection has been out of my reach since you’ve left and all I know is that these damn pictures would look so much better if I had them with you.

I stirred into motion and shot myself upright for a mouthful of air. Distant chatter once again, merry laughter and happy squeals nearby. To my right a train was making noise as it passed over by Mala Plage. The spell is broken and reality has unwillingly restored itself. I wave towards my friends who are already back ashore, gathering around for another round of Monopoly. I muster another smile and make my way back. Already feeling ready for more.

All travel details, both approximated time and transportation mentioned are real.  The rest is considered reality only to the writer.

I’d love to hear your travel reveries in the comments below!

Loved this article? Share it to your friends on social media!

For the love of travel